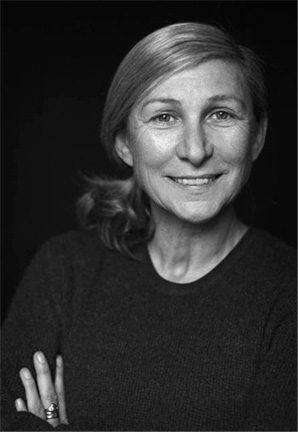 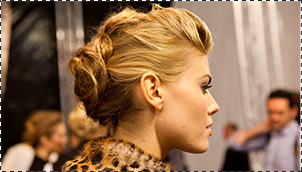 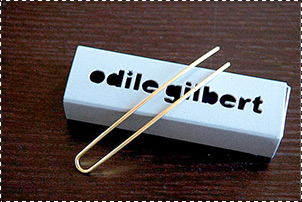 "Like all things in life, hairstyling is a living thing. That’s the beauty of it. It is the imperfections that make it interesting"'

Like the rest of her work, Odile is very hands-on as the creative spirit behind the accessories bearing her name.

No matter where in the world you are, there is every chance that you have seen Odile’s work as a hairstylist, in magazines, on advertising billboards, television, the Internet and, of course, in fashion shows around the world from California to China via Europe. Her fashion and advertising work apart, Odile has also worked on dozens of male and female icons, the latter including Gena Rowlands, Jeanne Moreau, Faye Dunaway and Catherine Deneuve, Cate Blanchett, Tilda Swinton, Julianne Moore, Maggie Cheung, Penelope Cruz, Michelle Yeoh, Marion Cotillard, Keira Knightley and Kristen Stewart, to name a few actresses from various generations. She has also worked on music videos and films, including Sofia Coppola’s Marie-Antoinette, for which she created a range of hairstyles for Kirsten Dunst in the title role. She has just created the hairstyles for the Los Angeles Philharmonic’s production of Don Giovanni, directed by Christopher Alden, with costumes by the Rodarte sisters.

Odile naturally agrees that hairstyles define styles and periods as much as clothing, art and music but tends to look a little embarrassed if people describe her craft as art in itself. She insists that hairstyling is just one of the artisanal professions underpinning the fashion industry.

However, the French Republic saw the matter differently, definitively declaring Odile an artist when they appointed her Chevalière des Arts et Lettres in 2006, one of just two hairstylists so honored in the country’s history, the other being the legendary Alexandre de Paris.

As if to underline the honor, the Metropolitan Museum of Art in New York purchased for their collections a top hat made entirely of hair by Odile for a Jean-Paul Gaultier couture show. However, a roll call of the fashion houses, brands, designers, stylists, editors, photographers, top models, musicians and even politicians with whom Odile has worked is unnecessary. It is enough to say that Odile Gilbert has worked with many of the past, present and future Greats and continues to do so.